Hello Folks, I'm All About Helping You Succeed. "The end goal is simple; to create a product and experience that surpasses your clients and guests expectations. This is a win-win for everyone." 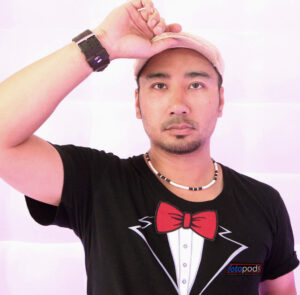 Our business model did not come from a text book. It has come through years of industry experience and cutting-edge projects – most all of which have been under the direction of Tu Le. With his vast experience in high-end photography, computer graphics imagery (CGI), and digital animation, inventor Tu Le, has taken his specialized “movie-magic” know-how and applied it directly to the Fotopod experience. His award-winning designs and technology have garnered him multiple patents. This truly makes Fotopod Booth one-of-a-kind! Tu has accumulated 20+ yrs in the high-end creative, visual FX, and digital media world and has worked at major Hollywood studios, such as Disney, Sony and Lucas film, Ltd. His position was Senior Technical Director. Tu has been credited with the team that has won multiple Academy Awards, for movies such as Disney’s Pirates of the Caribbean, and Life of Pi.

One of Tu’s innovative achievements was creating pre-rendered and real-time projects for the US Army anti-terrorist training programs, and other US government funded virtual reality(VR) research and simulations. Military projects require diligence, dedication and a commitment to teamwork. Tu is very proud to contribute his visionary skills that can help train future soldiers and save lives.

Teaching, Mentoring, and Paying it Forward.

Did you know Tu is a certified teacher? He is all about being hands on! Tu enjoys mentoring youngsters to teaching large scale workshops and seminars with industry professionals. You will find him sharing his passion of design, lighting, experiential technology, and innovative artistry with others. Tu’s goal has always been to apply that same “movie-magic” DNA to the photo booth and photography industry. He hopes to accomplish this by giving his students, clients, and customers that polished, high-quality, “WOW” factor!

Tell me your project now